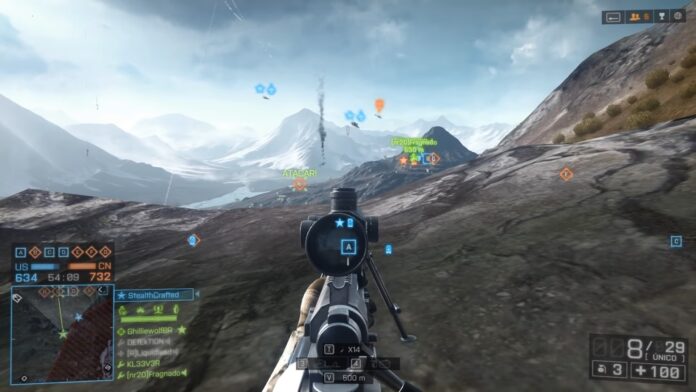 The Battlefield 4 Altai Range map is set at a mountain range (hence the name) in China and resembles somewhat Alborz Mountain from BF3.

Altai Range features plenty of vehicles of all sorts, including jets, helicopters, tanks, and the new bomber plane. Once a team captures the central control point, the Commander can deploy a bomber jet instead of the AC-130 gunship. The map also includes the new Dirtbike vehicle.

In addition to vehicles, Altai Range in Battlefield 4 is also very popular with snipers, as the map’s great distances and clear visibility make sniping ideal.

Other maps part of the China Rising expansion pack include: