Battlefield 4 Gulf of Oman 2014 is a multiplayer map that’s remade from BF3, which itself was remade from BF2 back in 2005. Gulf of Oman is one of the most popular maps in the franchise, and is part of the Second Assault expansion pack in Battlefield 4. The BF4 version includes various visual updates and the new Levolution feature as well. 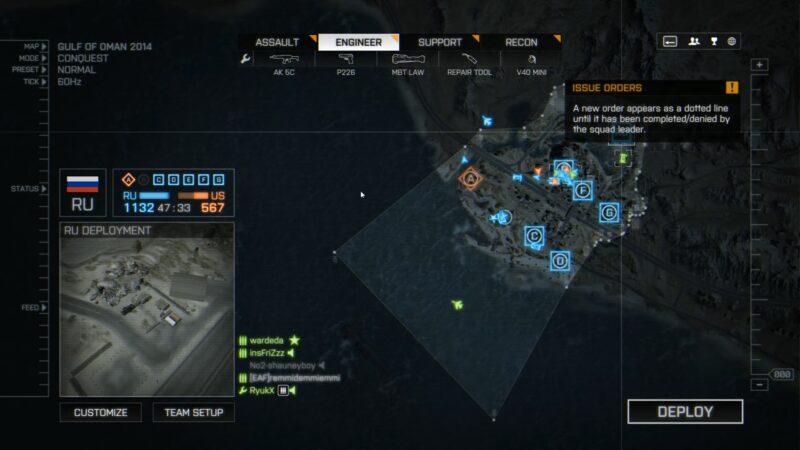 Gulf of Oman 2014 is a large, open map based around vehicle combat. The US faction starts on an aircraft carrier at sea, while the Russians start inland at an airbase. It’s mostly a desert setting, with several structures and a small city which has two of the pivotal control points.

Battlefield 4 Gulf of Oman 2014 has plenty of vehicles of all sorts. Both teams have access to several tanks, APCs, jets, and helicopters.

Other maps that are part of the Second Assualt DLC include: