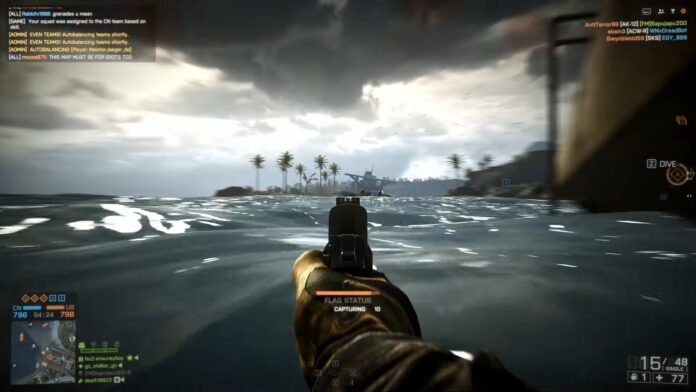 As the art for the map shows, it features a burning oil tanker in the background, which casts some grim clouds over the paradise resort. Most of the map is centered around an island resort/hotel, which includes the B control point in Conquest.

The Battlefield 4 Hainan Resort multiplayer map takes place at a resort set on a tropical island. The map features mainly infantry combat but also has light vehicles and boats as well.

The control points are scattered around a resort town with both interior and exterior locations. Each team starts out a bit outside of the resort town, where the main capture point is located — on a small island.

The map mainly focuses on infantry combat, but it does have some vehicles as well, including scout helicopters and the A-10 Thunderbolt ground attack plane.