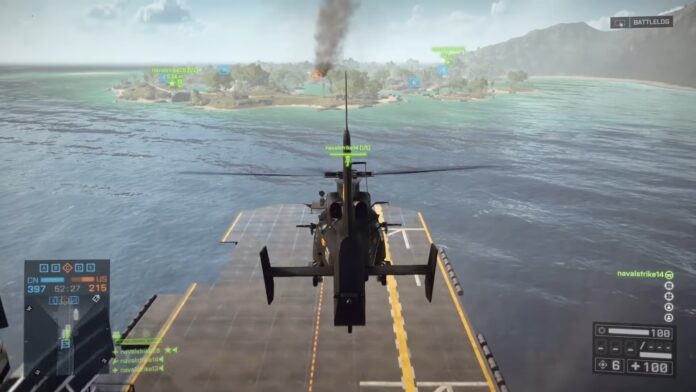 The Battlefield 4 Lost Islands map is set around finishing villages and centers around a crashed passenger plane. Like all other maps in the series, it’s set in the South China Sea.

The map is centered around a crashed airplane, which is on a larger islands, surrounded by many smaller islands. The map features the new hovercraft and several quad bikes around the islands. The plane itself can be destroyed into pieces, where infantry can get inside and get some cover.