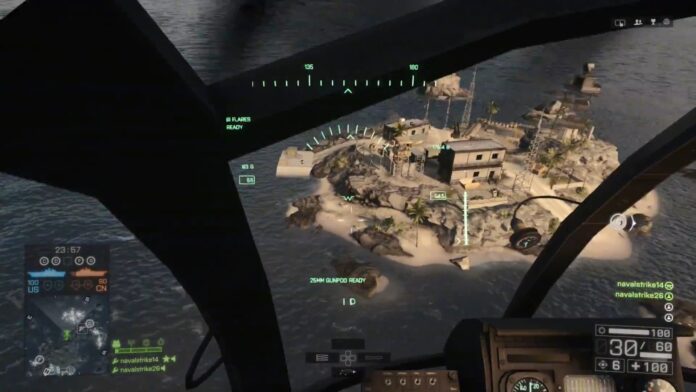 Battlefield 4 Wave Breaker is a multiplayer map that’s included in the Naval Strike DLC. Like other maps in the expansion, Wave Breaker in Battlefield 4 centers around naval combat and a naval setting. The map features a large submarine based buried inside a mountain, where players can experience some intense close quarter combat.

The Battlefield 4 Wave Breaker is set around a shipping dock facility and rocky islands in the South China sea. It features a blend of land, sea, and air vehicles.

Players can infiltrate the submarine base, close the floodgates to prevent boats from entering, they can bring down the docked submarines, and even turn the lights off inside the base.