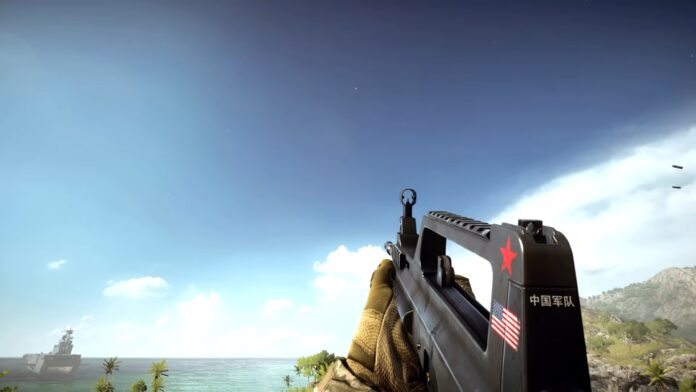 Battlefield 4 weapons range from assault rifles, to shotguns, to rocket launchers, and many more. Since Battlefield 4 is a game with a modern day setting, which means its weapons accurately resemble the rifles, pistols, shotguns, etc. of the modern world. The game includes plenty of weapons which have never been featured in the series before.

Battlefield 4 weapons are similar to the ones found in BF3, and many guns are expected to return in BF4. Players will also be able to get unlocks for their weapons, including a wide range of scopes, grips, barrels, and more.

Battlefield 4 will include a range of different weapons just like its predecessors. Everything from rifles, to sub-machine-guns, to machine guns, to sniper rifles, and grenade launchers will be featured in the game. 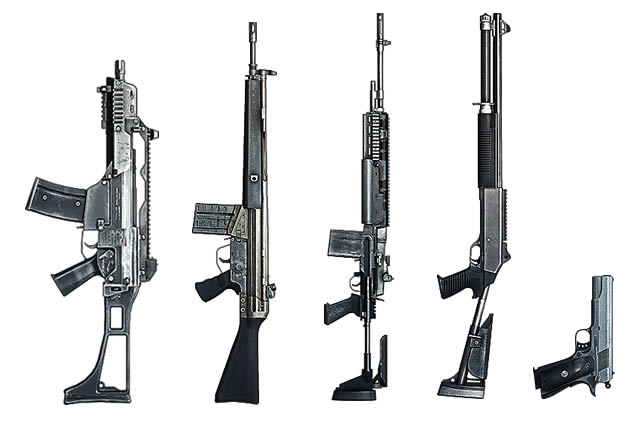 Most Weapons in Battlefield 4 have to be unlocked for their specific classes, while general weapons are unlocked by reaching certain ranks in the game.

To get specific accessories and attachments for a particular weapon, you need to accumulate a certain amount of kills with that particular gun in order to receive the unlock. For the first time, BF4 introduces “Battle pickup weapons“, which are special weapons (like the M82 sniper rifle), which cannot be equipped by the player. Instead, these powerful weapons have to be picked up at select spots on the map.

For a complete list of weapon unlocks, check out the attachments and accessories page.

There are also specific Battlefield 4 awards given when achieving certain amount of kills with different weapons and weapon categories. These include service starts for individual weapons, and in-game ribbons.

For a complete list of all the weapons on one page, check out the Battlefield 4 weapon list.

Besides the weapons, there are also a number of gadgets and equipment which can be effective weapons against the enemy. The Engineer has access to AT mines, which are effective against vehicles, while the Support class can use the Claymore against infantry. The Recon has access to C4, which can take out enemy vehicles and infantry alike.