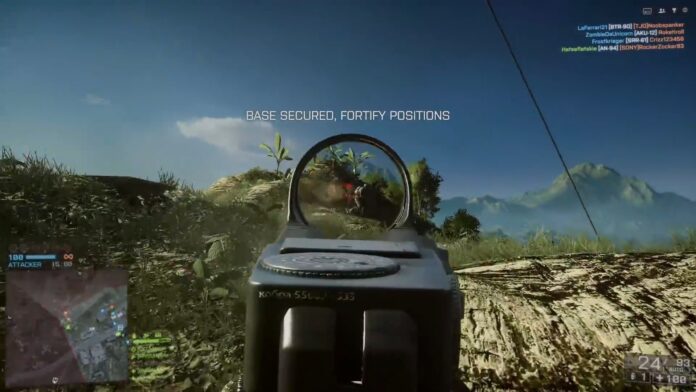 DICE is right now testing an updated 60Hz server refresh rate in Battlefield 4, which is supposed to make the game a lot smoother and more responsive.

And it works: so far testing shows that the 60Hz update is a great addition — players are reporting increased responsiveness, less lag, and just better overall gaming experience.

But there’s a caveat: the 60Hz server update is causing trouble with the water physics and simulation in Battlefield 4. Servers running the 60Hz on maps with a lot of water — such as Paracel Storm — get so strained by the water physics that it causes severe lag and rubberbanding.

Even on maps that aren’t entirely based on water, such as Lancang Dam and Siege of Shaghai, the game is almost unplayable with the 60Hz update. The water effects are so demanding that a server can’t run a single 64-player map without lag. Normally, a server can run several games concurrently without issues.

DICE is of course aware of the problem and is working on it. DICE LA producer David Sirland said that they have a “potential fix” for the issue.

The 60Hz server feature was added in the latest patch, but it has yet to be implemented. Right now it’s going through a series of tests to make sure that everything runs well and that server can handle the stress. So far, the biggest issue has been the water effects, which are causing a lot of strain on servers.

UPDATE: DICE has confirmed that a new CTE update will provide a hotfix for the water issue.

Be sure to check out BF4 system requirements.